The oyster farmer works in the oyster beds, in permanent contact with the water.

He must adapt, every day, to the conditions of his environment. He ensures the growth of his oysters and their harvest according to the target size. He sails from table to table and sometimes dives into the pond to keep them healthy. He is passionate about the sea and seashells.

On the Thau lagoon, more than 2,000 people work in oyster farming, mainly with their families. Today, 15% of French oyster production comes from this pond. It is a part of our French gastronomy.

“In its natural setting, we breed a living and fragile product on a preserved pond dependent on natural elements. Oyster farmer, it's a manual and tough job that you do only if you like it" 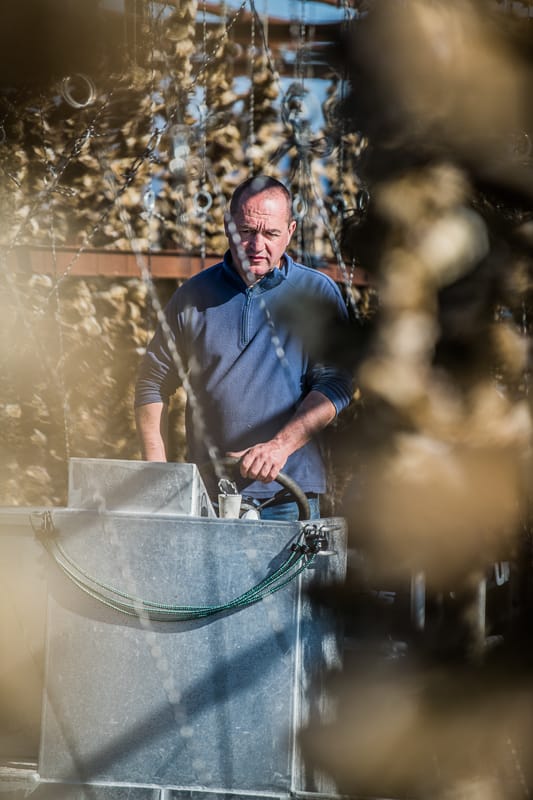 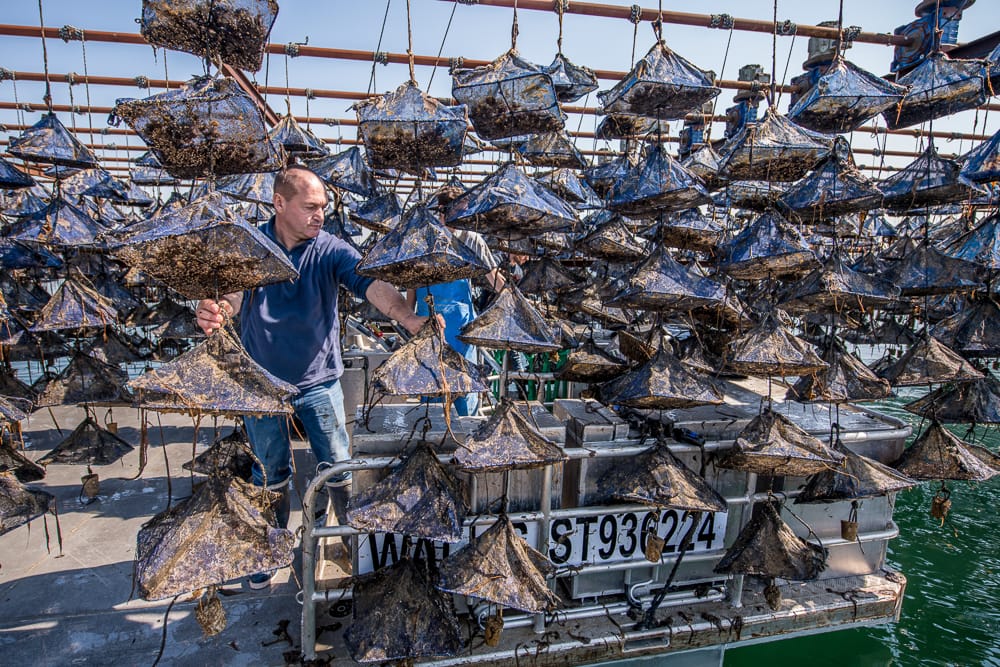 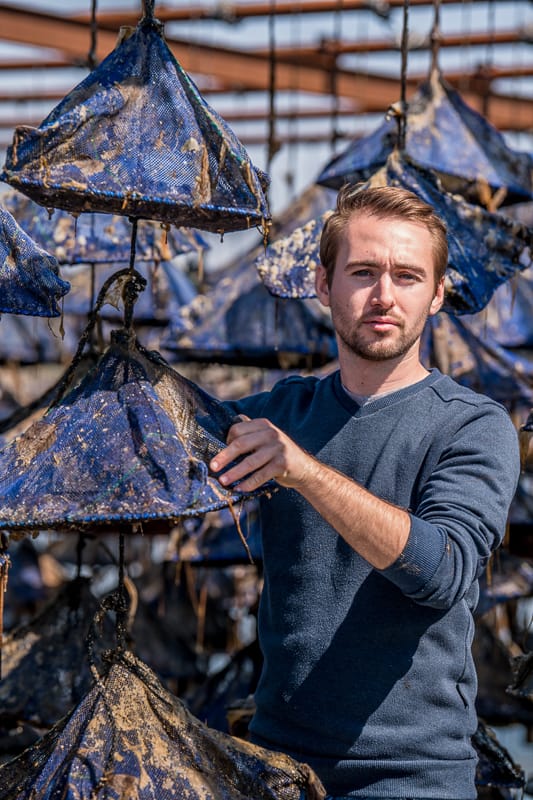 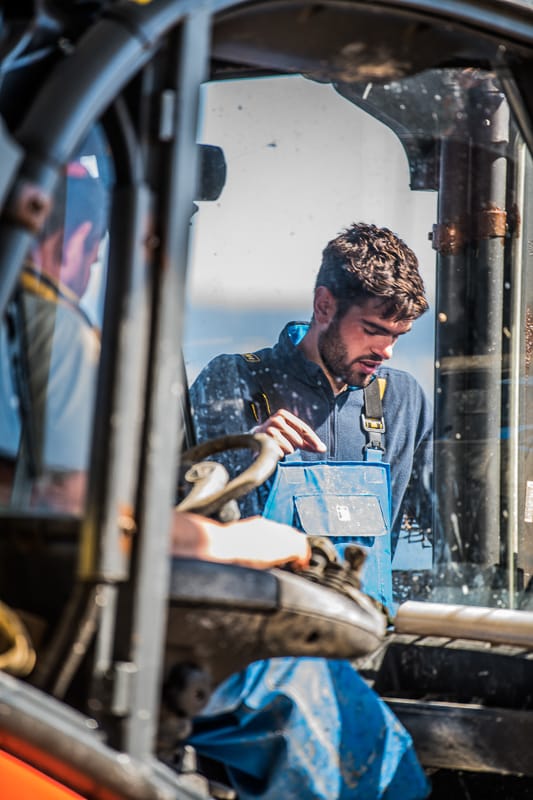 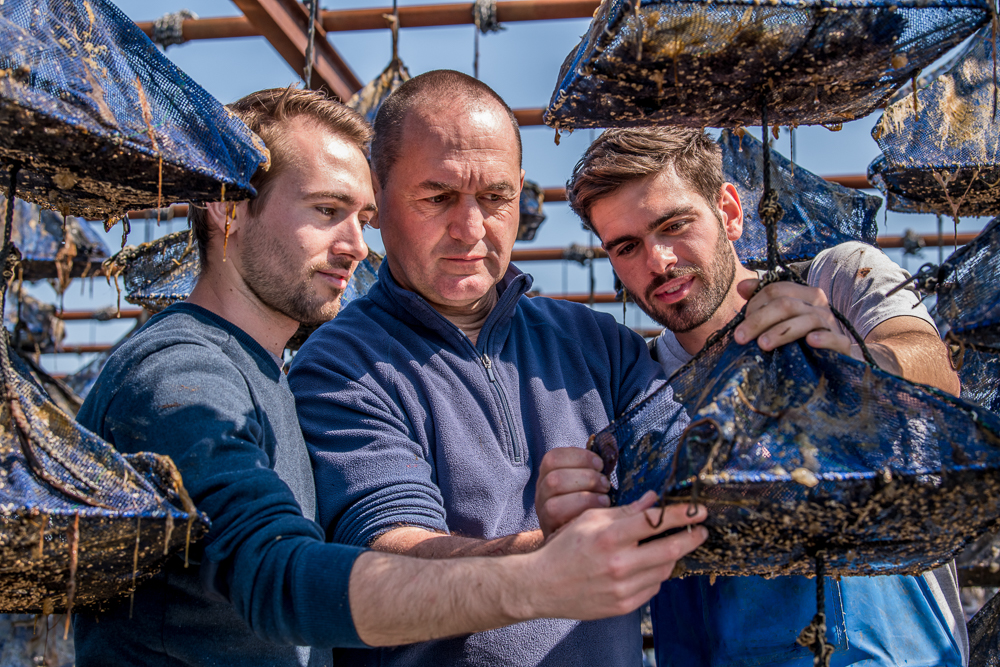 A dynasty of oyster farmers for 4 generations ...

Nadine and Christiane, mother and grandmother of Guy Sanchez respectively, Louis and Réné Sanchez, grandfather and father, oyster farmers since 1950, passed on their passion for the sea and the profession to their son. From the age of 15, Guy crisscrosses the shellfish aquaculture tables on his boat and is ecstatic at the beauty of this unique site.

At 18, he became the owner of his first farm in the port of Loupian. Obviously, an alliance is formed between man and sea.

In 2002, he bought the family farm, then in 2009, a commercial company with all its shellfish tables. He went from 4 to 40 tables and started packing and shipping.

That year, he seized the opportunity to become a shareholder in the Saline de Gruissan, where he developed the breeding of the St Martin special oyster. He rearranged part of the salt tables for refining and storage, which could accommodate 150 tonnes of oysters.

In 2020, he merged these two companies into one and built a new building bringing together production and shipping on a single site.

Thanks to his experience and his visionary spirit, he has become the largest oyster producer in the Thau basin by volume. With its 45 tables, it produces 300 to 500 tonnes of merchantable oysters per year, or an average of 400 tonnes.

Today, Loïc and Gaël, his two sons have joined him. Like a smuggler, he transmits his know-how and his passion. This 4th generation, looking to the future, with respect for family traditions, is continuing the adventure.

New projects will emerge in this new building imagined as a puzzle; a concrete nave housing the production and a wooden nave accommodating shipping and marketing. Perfect balance combining traditions, environment and modernity. 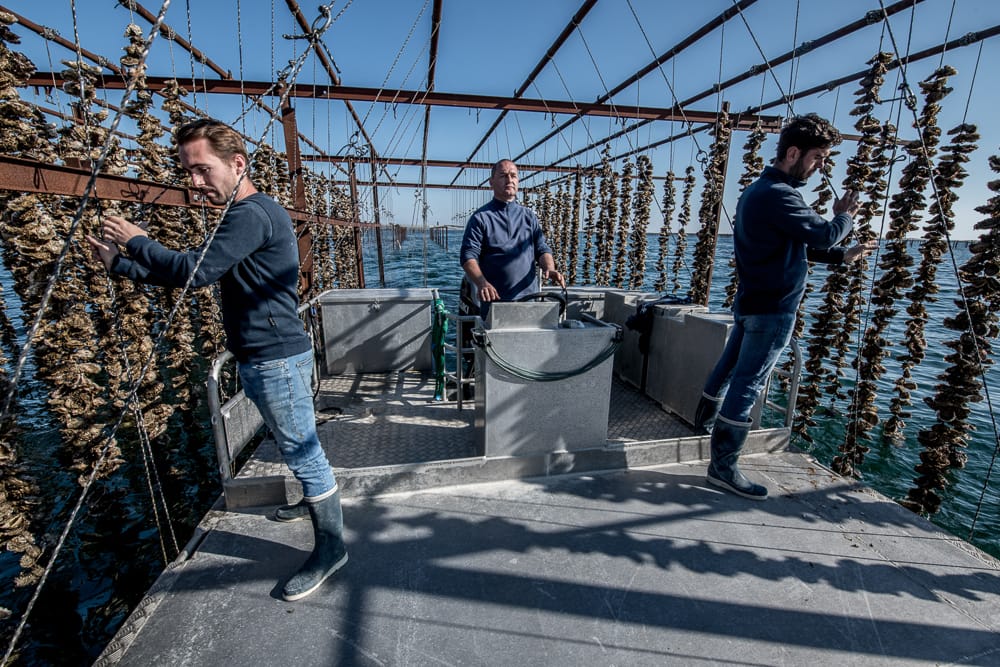 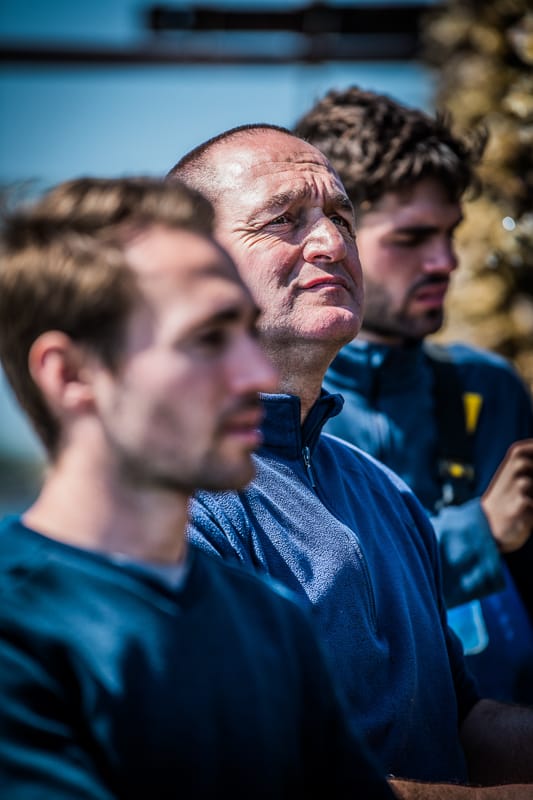 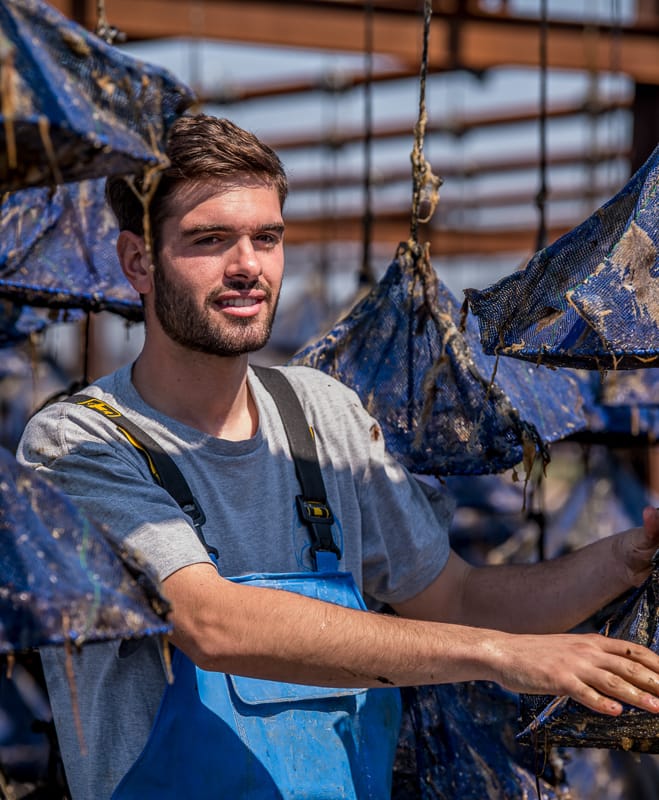 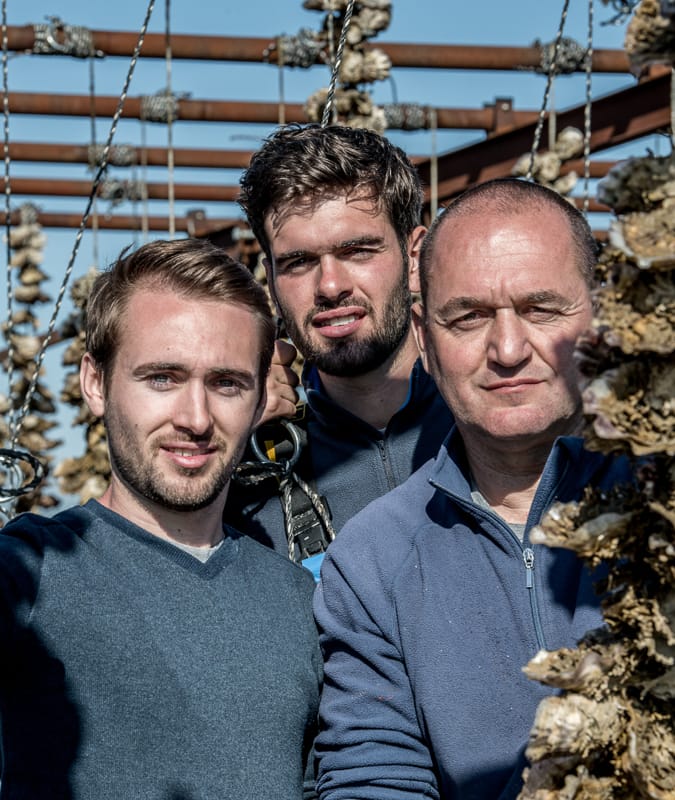 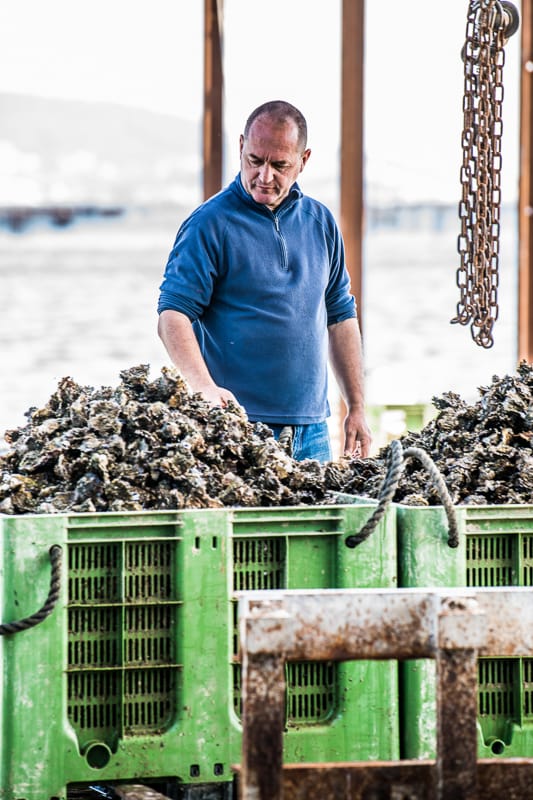 In a few numbers

Here, nothing is lost, everything is transformed.

We have designed innovative machines to improve the quality of our oysters and relieve the burdens carried by our staff.

There is no waste, everything is recycled, filtered and decanted. Slides collect micro-broken oysters that make their way to the gutters, the water is decanted and filtered before being returned to the pond.

Our approach therefore minimizes the impact on the environment. But not only that, we are protecting the oyster lace and reducing our oyster losses by almost 30%. In the right balance of things, we find that the oyster is of better quality and its lace better preserved. 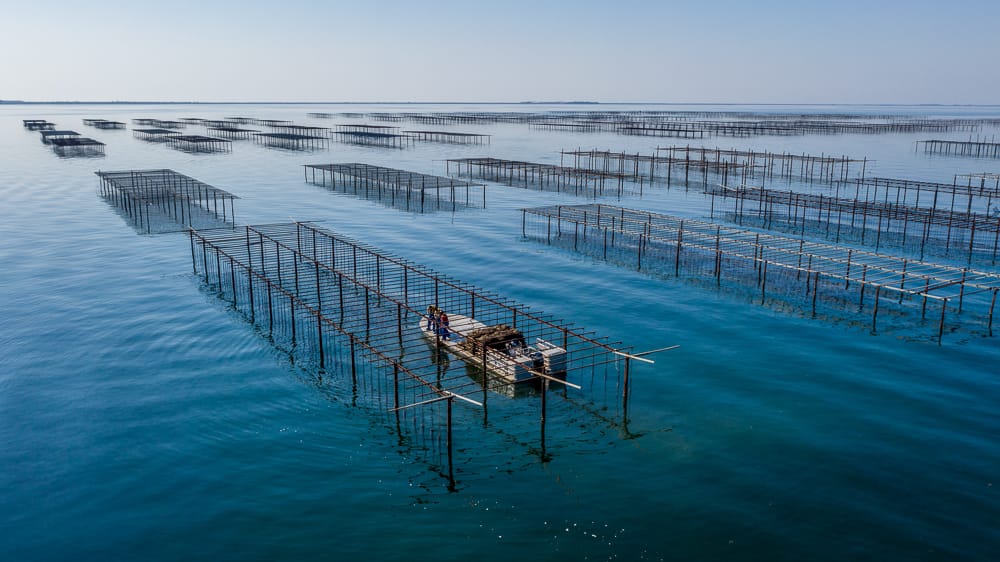 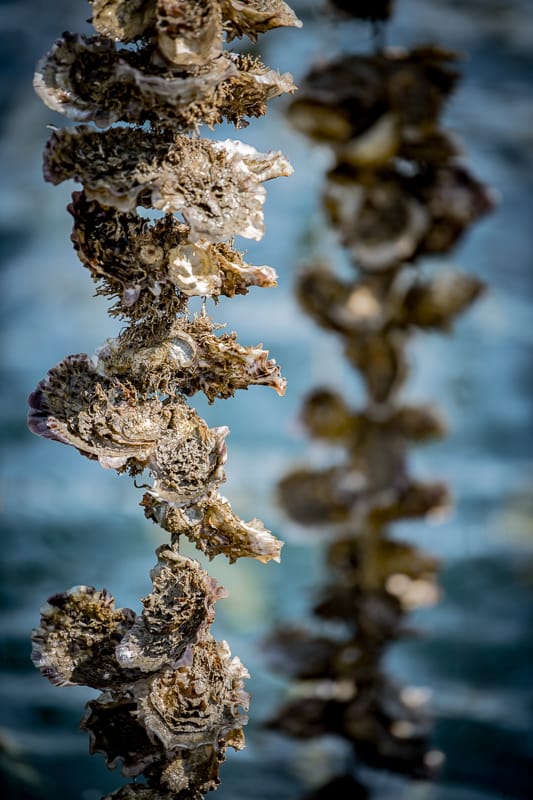 From producer to consumer. Guided tour "behind the scenes of Oyster farming"

Sharing our know-how is essential for our family. Passing on the values ​​of the profession, making people discover the uniqueness of the Thau lagoon and initiating palates to the subtlety of the taste of our oysters, such is our promise. 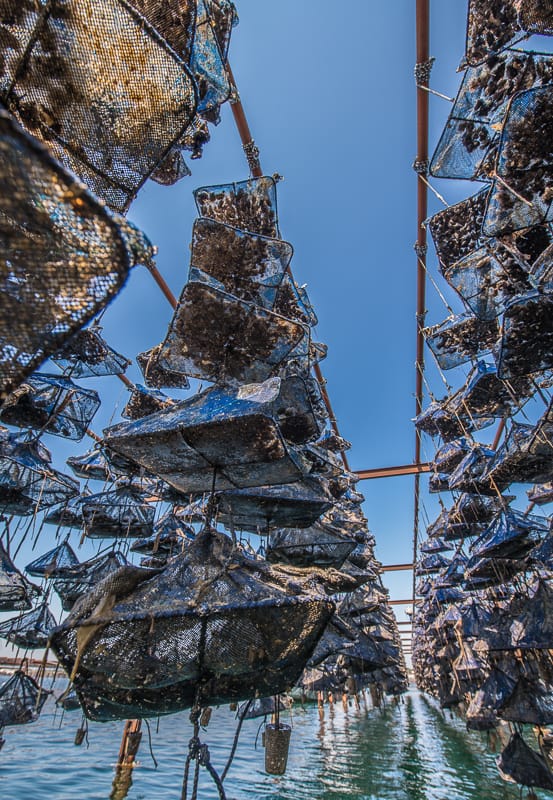